Beer manufacturer companies operating at Georgian market offer a big choice to beer consumers.
The companies are especially active during hot summer season. Let’s discuss the activity of beer companies in Q2, 2019.
Company Zedazeni placed the biggest number of ad clips (9146). The second position is occupied by company Natakhtari (5 719) and Guinness comes the third with 3 439 ad clips. The chart shows the quantity of all types of TV advertising clips placed by companies in Q2, 2019. 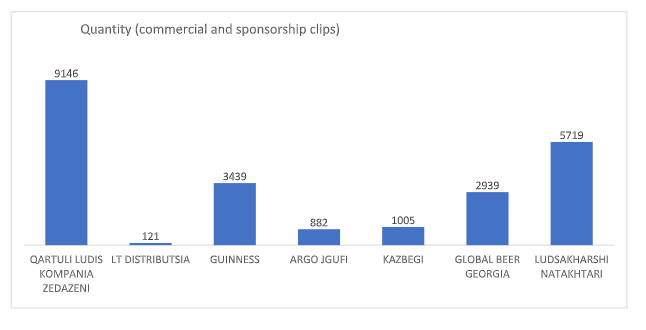 It is interesting how the ad clips are divided according to brands.
The chart shows quantity of all types of TV ad clips on various beer brands in Q2, 2019: 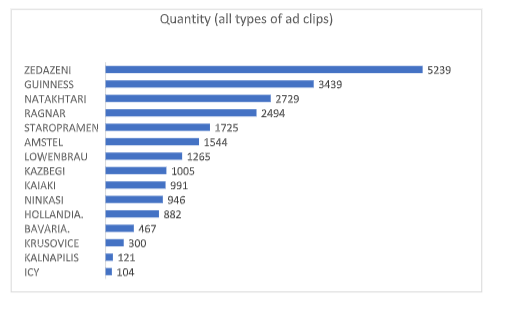 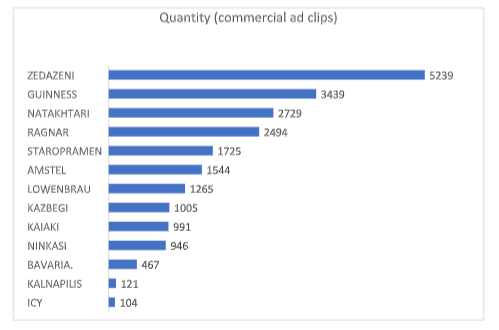 Monitoring of expenditure parameter is carried out based on an official price list. After that the expenses of advertising campaign are assessed in accordance with the commercial ad clips.  During Q2, 2019 in total GEL 41 983 639 was spent by beer producer companies on TV advertising. This is the indicator of official price list. The biggest investment was made by Zedazeni. 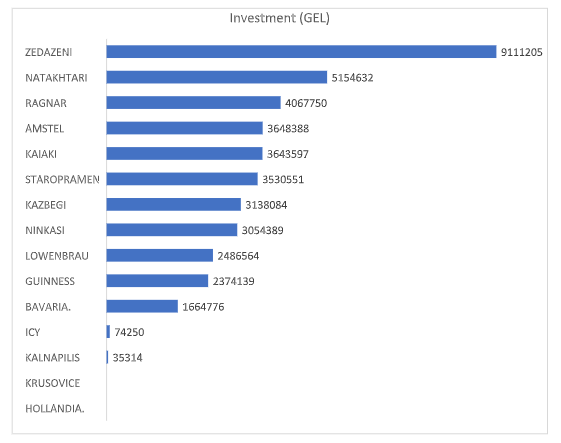